Gallery hopping and parties in Kathmandu!

Well, as you know, I'm never one to miss a good opening exhibit, and being in Kathmandu is no exception.  Friday is the big night around this town.   Saturday is the only day off in a 6-day work week.   Here are some shots from the exhibit "Divinity of the Common Life" a world-class multidisciplinary artistic performance.   First the pyrotechnic extravaganza outdoors with music, dancing, theater, and art intertwined. 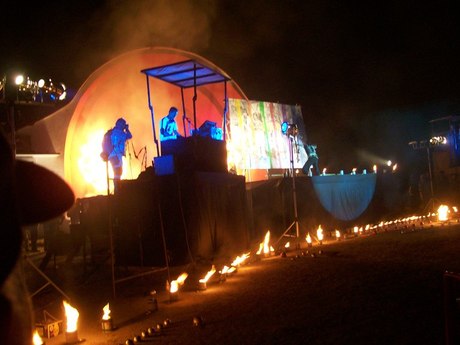 This first event of this free exhibit was outdoors at a public bandshell, on a perfect November evening.  There was lots to watch and look at, and believe me, I have never been so close to fireworks in my life.   They were setting them off what seemed like 6 feet away, and we were showered in sparks. 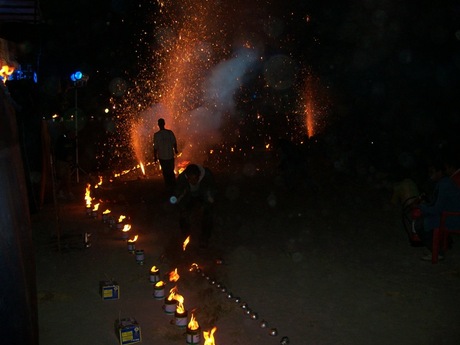 A couple of weeks later, they had an exhibit that included photos of the above show and the preparation leading up to it.   Openings are different here in Kathmandu, often including speeches as a matter of course.   There are lots of press photographers, as Kathmandu has over 28 daily newspapers!  The exhibit continued the explosive theme with fireworks fashioned from marigolds and colorful wrappings from the fireworks themselves suspended over large mirrors. 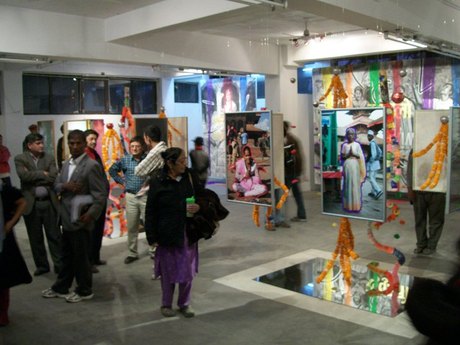 Held in the large new Nepal Arts Council building in Babar Mahal, the show was well-attended by 100's of art lovers of all ages and nationalities.   As is common in the Kathmandu art scene, this was a co-production between Nepali and foreign artists.   In this case, the Alliance Francaise was a sponsor. 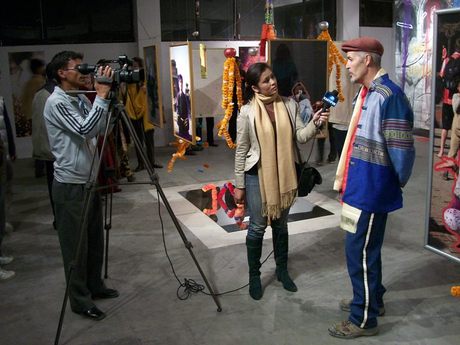 Above is the artist Karl Knapp being interviewed by the Kantipur Television reporter. Above is the artist Tenzin Norbu Gurung from Dolpo, who also exhibits at the Lotus Gallery in Thamel.   You may have seen him or his work in the Oscar-nominated movie "Caravan", alternatively titled "Himalaya" in some markets.   Tenzin has the best smile, dresses beautifully, carries himself with an inner calm and dignity and confidence that is remarkable in its presence.   He's represented by Jim Aplington and has a respectable following due both to the quality of his work and his celebrity. Sorry I didn't get a better picture of his work, but here goes:   Go to www.lotusgallerynepal.com for more info. 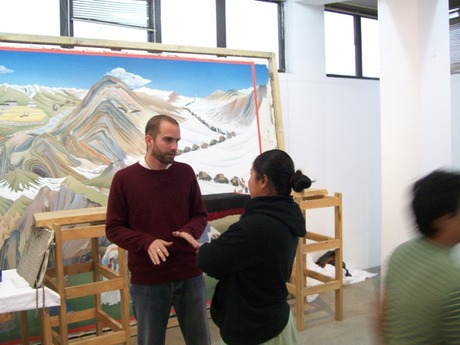 Kathmandu has a thriving art community with very short exhibition slots (sometimes just a week or two) and lax gallery hours.   I can remember once taking a taxi across town to view the last day of an exhibit only to find the doors locked three hours early and nothing to do about it!