In honor of President Obama receiving the Nobel Peace Prize this morning, I thought I'd show the few remaining Folk Art Obamas. 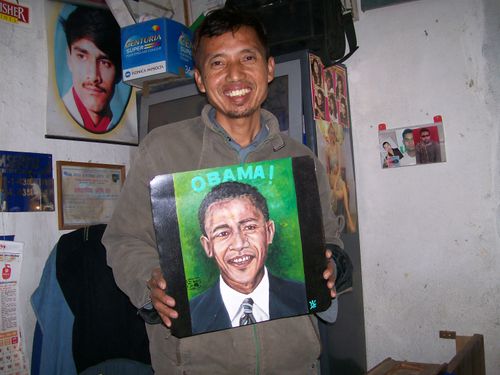 Here is Sagar holding his rather older version of Barack Obama.   This was painted in November 2008, as part of a limited edition series for the Santa Monica Museum of Art.   This is the  Obama of the future.   There are even a few stray gray hairs. 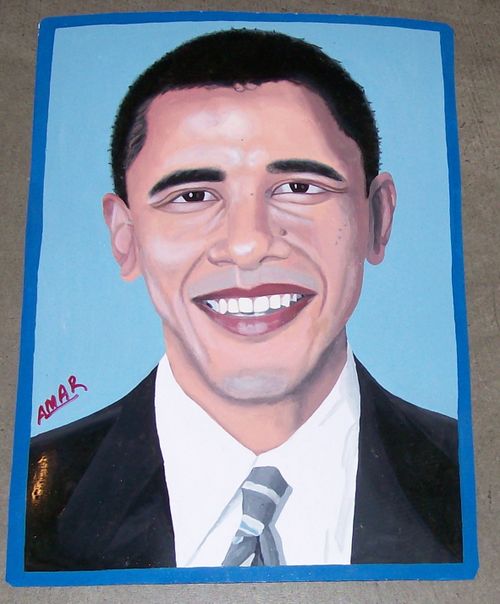 This Folk Art Obama by Amar includes details such as his five o'clock shadow.

Obama by Sufraj is lighter skinned, perhaps reflecting Sufraj's thoughts on his own skin tones.   Sufraj comments on his own photos by shaking his head and saying  'So dark.'   I remind Sufraj that it is a good thing that Obama is a man of color.   When interviewed about what he thought about painting Obama, he said that it was 'ekdam mito' - meaning that it was a very pleasing experience.  He claims that he has never made such a 'personal' painting before.   He also stated that he has never done a painting of such a powerful person as Obama. 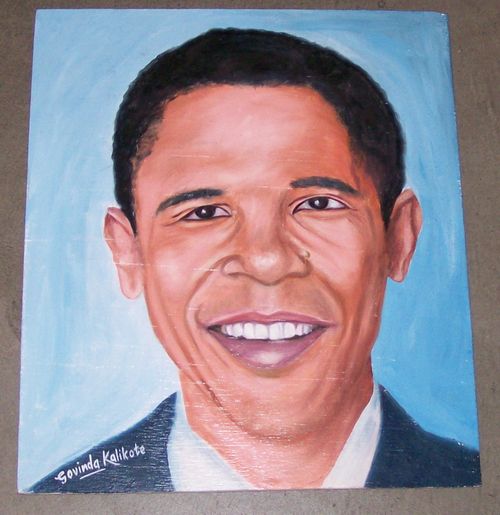 Govinda Kalikote's portrait of our President brings to mind the young basketball player that he once was.   Govinda insisted on painting this on plywood instead of the usual metal. 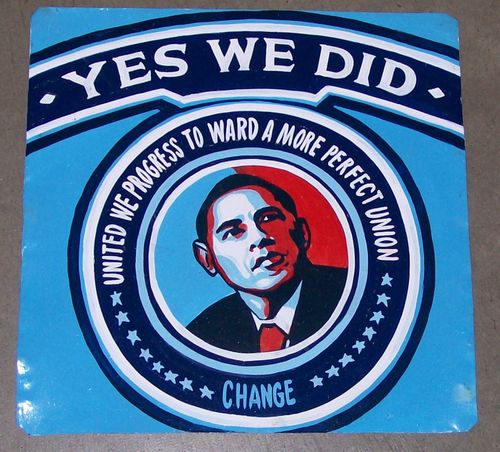 No collection of Obama paintings would be complete without a piece after Shepherd Fairey.   In this version by Sabala, Obama looks like Martin Luther King.    I also enjoyed the misspelling of the word 'to ward'. Here are 3 more by Sufraj at Gracie - the shop at the Santa Monica Museum of Art.   Go to smmoa.org for more information.

Congratulations again to our 44th president.

I have made my reservations and will be returning to Nepal in November to order more signposts on metal.   I'll be back with the paintings in early December.

I have mostly concentrated on pets, but as you can see above, these guys can and will paint anything you can imagine -- home portraits, portraits of people, cars, children, movie posters.   If you order it, you will get it.

To order a personalized signboard on metal from Nepal, please contact me at ampage1@gmail.com.   You can also go to www.NepalDog.com to find out more about the project.

This is a Fair Trade Art Project dedicated to promoting the endangered signboard artists of Nepal - Micro-finance through Art Patronage - appealing mostly to pet lovers who collect art and would like to make a difference to the world.