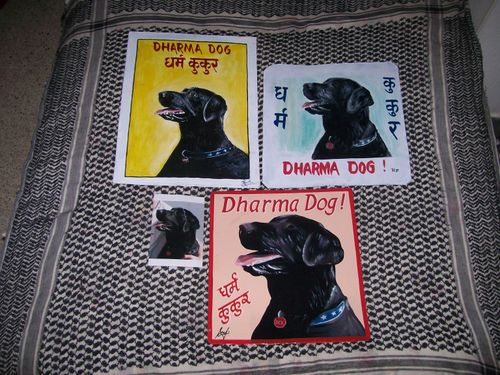 Jack, a handsome Black Lab and his Danger Dog tryptych.  Starting from top left is by Sanjib Rana, next is by Hari Prasad and at bottom, we have Jack by Sufraj. 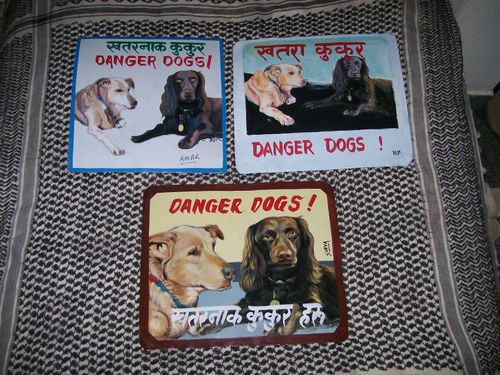 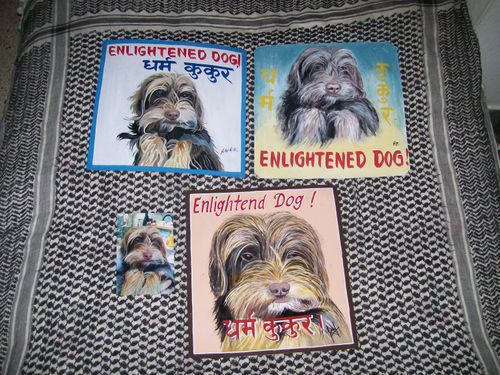 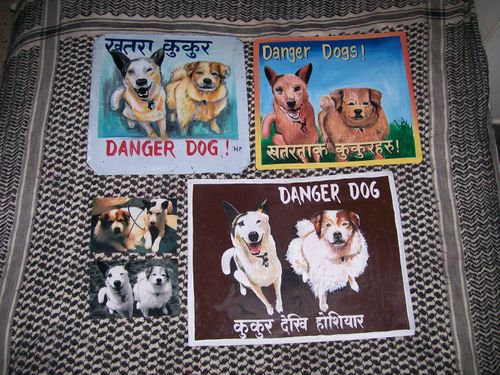 Lucky and Odi:   by Hari Prasad, Sufraj and Sanjib Rana.   These artist had two photos to work with.   They were asked to paint the dogs as in the black and white photo, but using the other photo as a color reference.   Some did better than others. 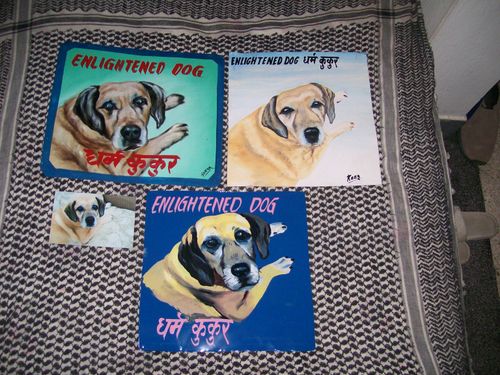 Peaches!   The final three by Sabala, Raaz and Nara.   It is interesting to me that sometimes these dogs will get the same background by the artists and sometimes something totally different as in this case. 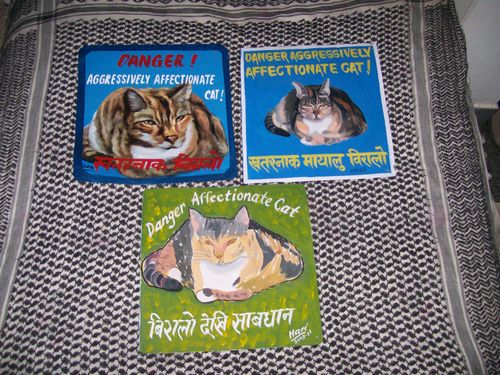 Lucy the Calico Cat in her myriad moods:   By Sabala, Amar Shrestha and Hari Timsina. 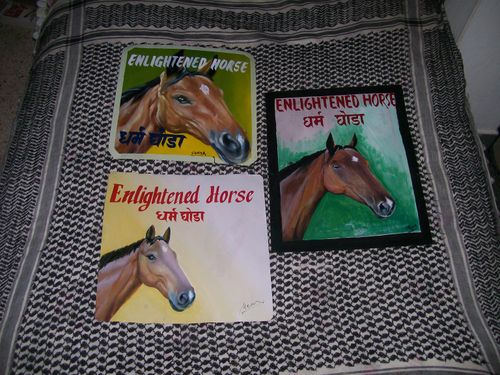 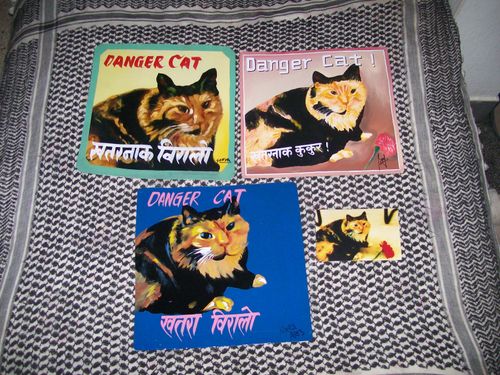 Marble by Sabala, Sufraj and Nara. 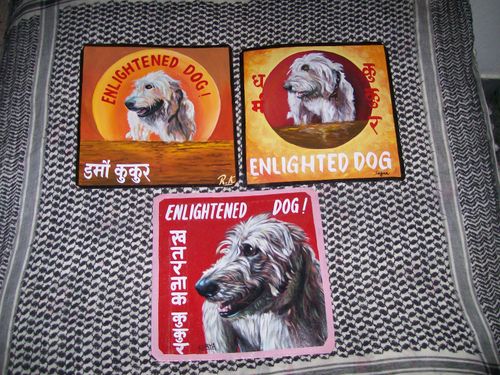 Red the Wolfhound with his many shades of red in the background:   by Ram Krishna, Sagar and Sabala.  This is the first time that Sagar has signed his name in cursive script.   Usually he uses a Japanese chop that means Ocean - Sagar means 'ocean' in the Nepali language. 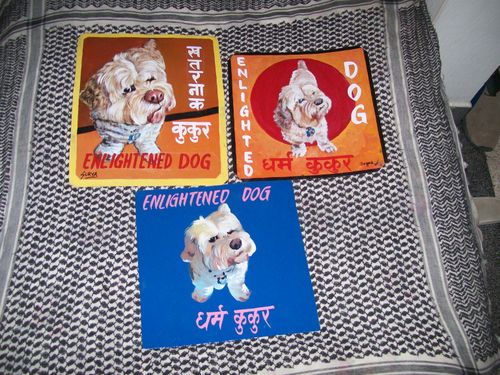 Stella by Sabala, Sagar and Nara.   Stella's dogtag is signed with Sagar's Japanese chop - the only one this trip.   I miss it. 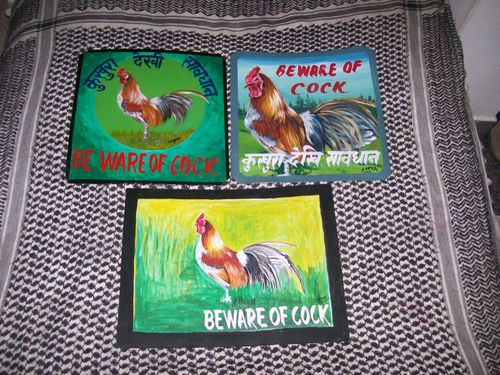 This rooster is a favorite.   By Sagar, Sabala and Sanjib Rana. 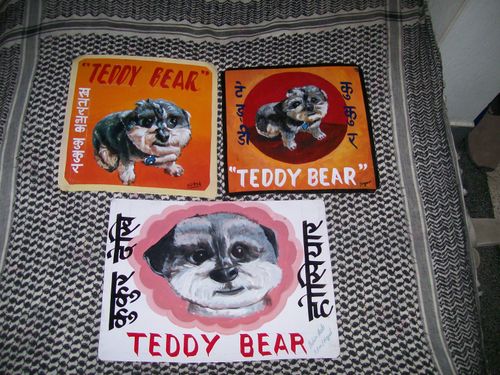 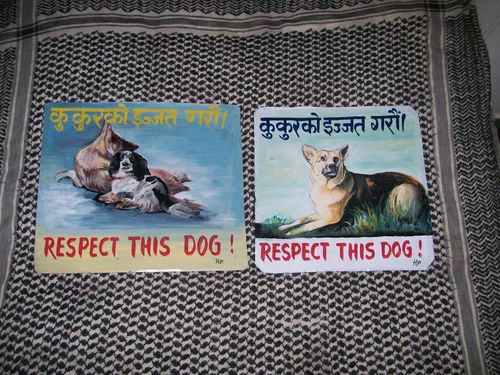 These two are Nepali Dogs that I had made especially for a man who has done much for this country.  He thought that 'Respect this Dog' was an important theme.   So I photographed his two lovely dogs Coco and Oscar and this is the result.   Both paintings by Hari Prasad and his son Jay Prasad. 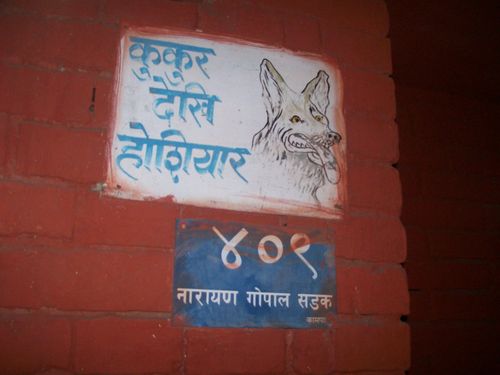 Went dancing last night at the Lazimpat Gallery Cafe.   Just around the corner was this charmer.

Lots went wrong with pick ups yesterday, I still have 18 more to show you tomorrow.   Then the packing starts. 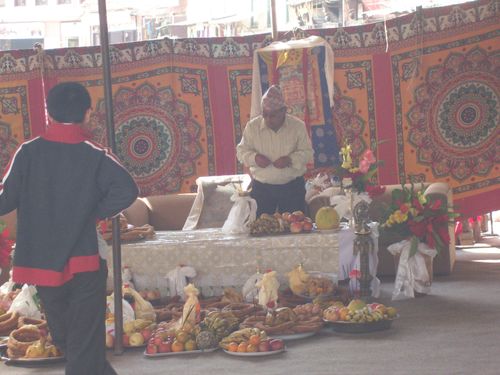 It was full moon in Boudha with all the attendant hoopla - puja parties, blessings of ground-breakings for new houses, lines of beggars waiting for their pelft...  Always an interesting time.   Full moon and also 'black moon' - the Nepali phrase for New Moon.

Tune in tomorrow if you don't see your finished trilogy.   It will be here...promise!