Earth Hour in Stellenbosch and a move to Muizenberg

We celebrated Earth Hour here in Stellenbosch, South Africa, with two major streets being closed off and locals took to the street to dine. 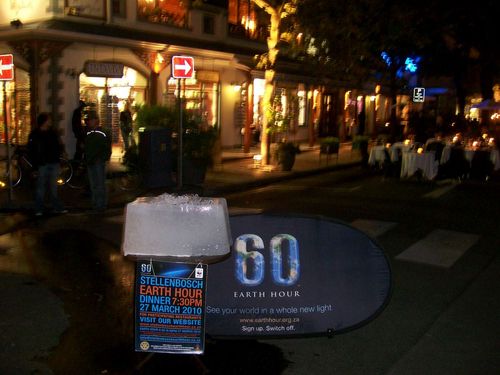 While it did not seem to be all that dark, as many storefronts did not participate, the spirit was there and everyone seemed to be having a marvelous time. 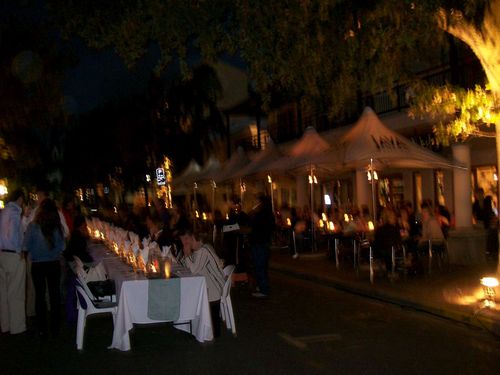 My camera does not do night portraits well, but you get the idea.  I had to laugh when I thought about Kathmandu participating in the Earth Hour, as they do not have electricity for 12 hours per day as it is! 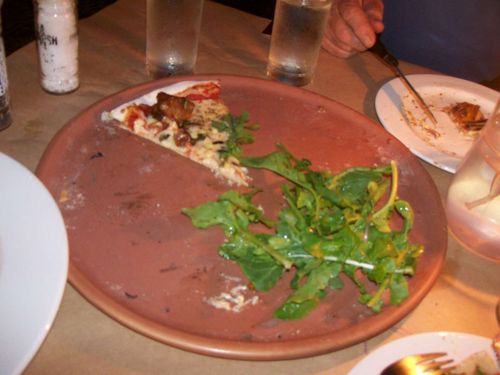 We had dinner of pizza with rocket on the top, with a bottle of the house red - a Cabernet Sauvignon before heading out to join the festivities. 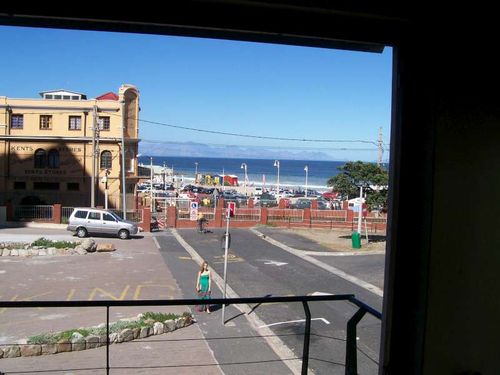 Muizenberg is famous for surfing and its shark-infested waters.   Here we sit and enjoy the surf from the Empire Cafe in Muizenberg where we watched the barefooted people go by on their way from the beach.   Set on False Bay - South Africa's largest bay, Muizenberg became famous as a beach resort, its heyday being 1880 - 1930.   One odd note about South Africa is that people often go barefoot here.   We would notice students at the Stellenbosch University walking without shoes, kids in parks and in the schoolyards barefoot. 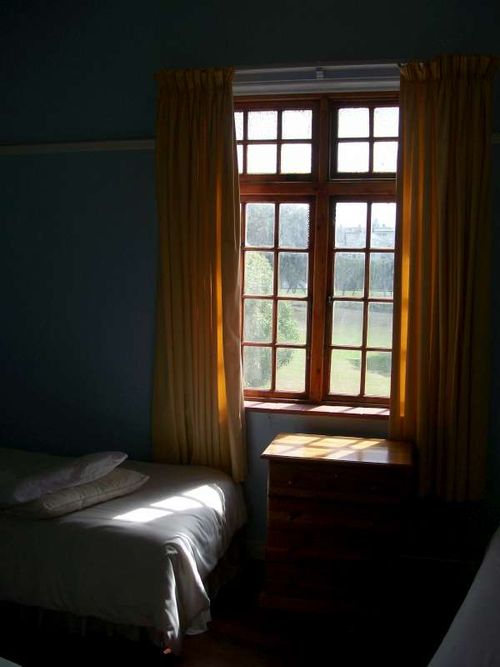 Still full of charming old buildings, Muizenberg and the Amberley Traveller's Lodge will be our home for the next week as we explore the fynbos of Muizenberg Peak.   Fynbos are the native plants of South Africa.   More on that tomorrow.

Fabulous, It is funny how people often go barefoot.Even at the airport when I was leaving there were barefoot kids.Muizenberg or as us Jews called it Jewzenberg was a very popular hangout in the 60's & 70's as well for teenagers & surfers& othersections for families.One Sunday I saw a family brought their housekeeper in full uniform , fold up tables , chairs, white linen tablecloth napkins , dishes, silverware & had full on Sunday lunch as if at home but on the sand .That was unforgettable & a nightmare of heat & sand for the housekeeper.In fact one of my old girlfriends from schooldays grew up in Muizenberg as did her hubby & there is going to be a huge reunion at Surfer's Corner soon with all the friends from the old days..I wish I could be there too. I missed Muizies this last trip
Continue to continue..remember art photos for Linda
We have gorgeous summer weather here .
Loving your blog as usual
Love from , Linda