Why I Love Nepal: Hardware in Mustang

Nepal is justifiably famous for the fabulous woodcarvers of yore, but today I will focus on their locks, hasps and latches on the doors and gates along the Kali Gandaki River in lower Mustang. 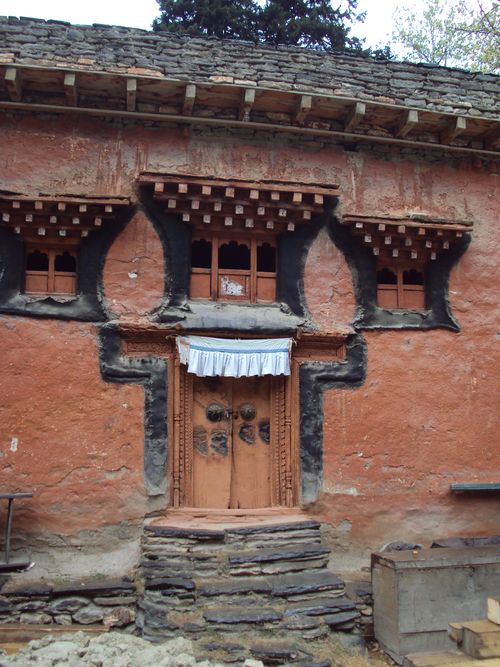 The Chhairo Gompa is near the Tibetan Refugee Camp just outside of Marpha village in lower Mustang.  It is slowly being restored to its former glory.    Chhairo is a Nyingma Gompa and is dedicated to Sakyamuni Buddha and Guru Rinpoche.
The Tibetan camp, which was built on land donated by Chhairo residents, has it's own Gelukpa Gompa, and the Dalai Lama is the main focus there. 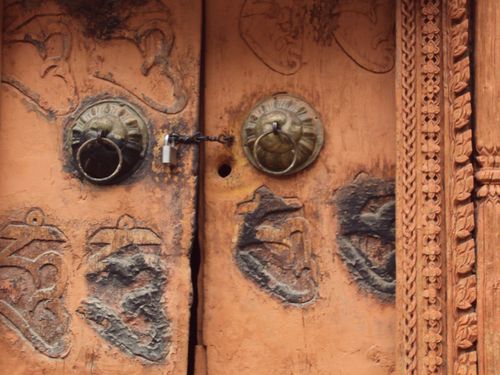 I'm not sure how old the hardware is on this door, but it is in the style of the Kingdom of Lo Manthang. 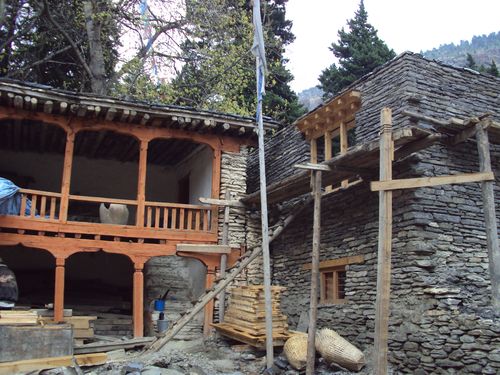 This gompa was built sometime in the 1600s.   Once the religious center of the Thakali people, the salt traders of the area relocated after the Chinese closed the border to Tibet and the Chhairo Gompa fell into disrepair.  The last of the monks left Chairro in the 1970s. We have been watching the progress every year and things are progressing albeit slowly. 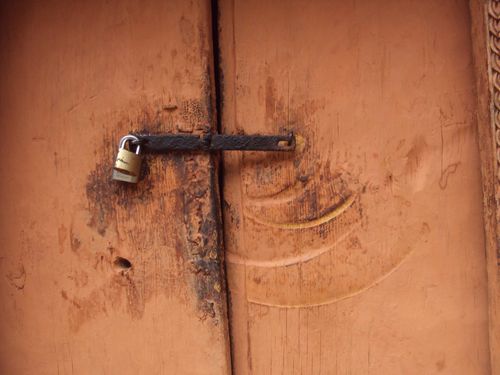 A lovely old hasp at the Gompa. 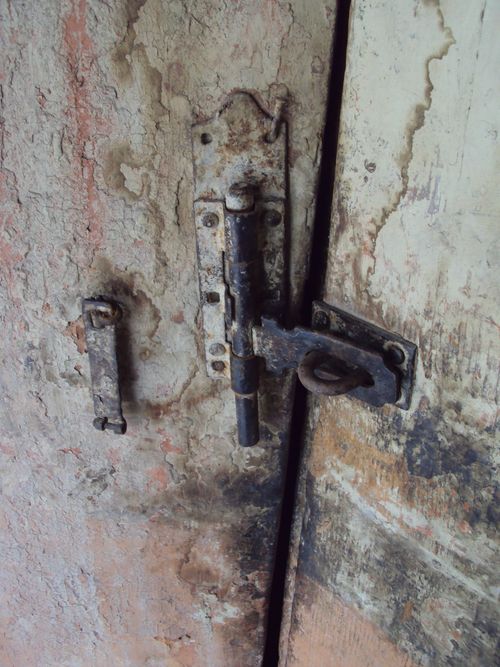 Just down the road a bit, in Tukche, where I have been photographing this lovely old abandoned house for many, many years, there are quite a few old hasps and latches. 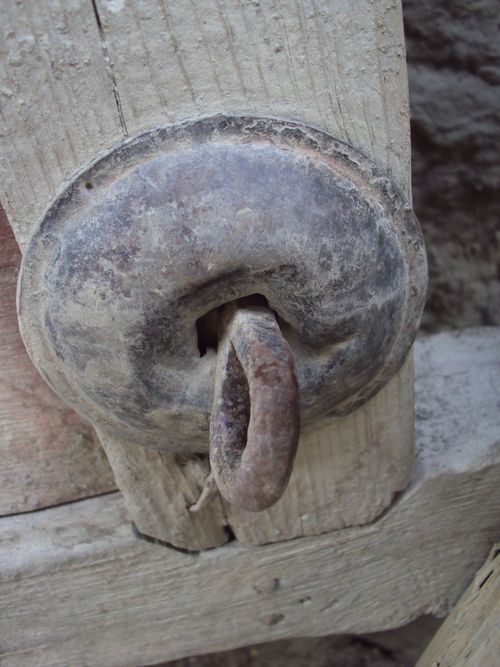 From the same house in Tukche. 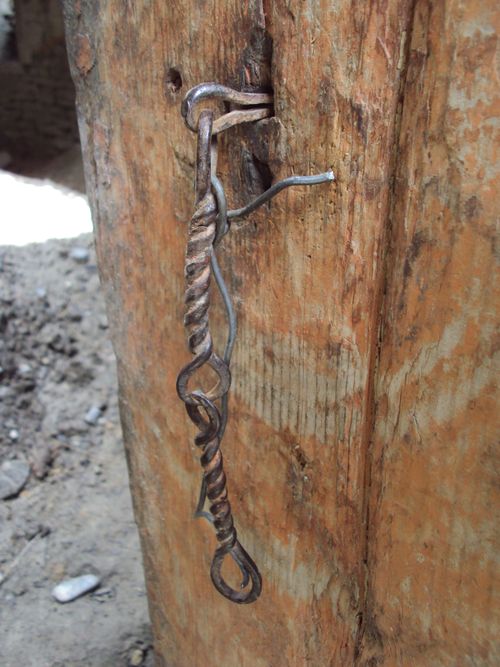 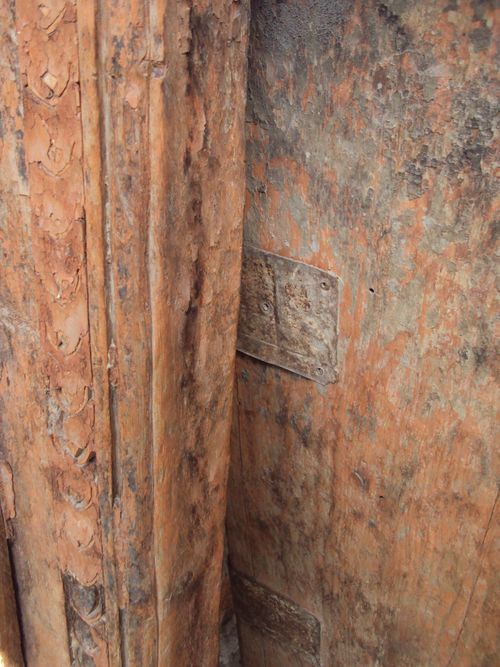 Even more primitive hinges, again made with what's on hand. I would have like to have seen this old house in its heyday, when Tukche merchants cornered the  lucrative salt trade from Tibet. 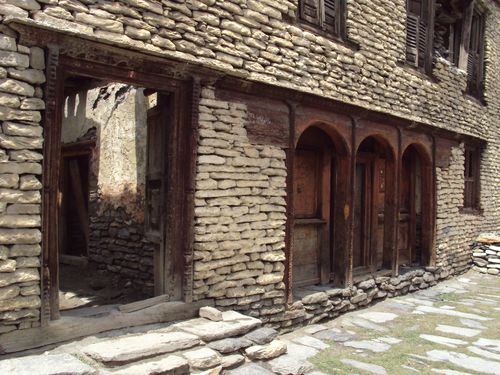 Starting in the early 1960s, these magnificent old houses were abandoned when the road from India to Pokhara was built -- making the traditional salt from Tibet more expensive than the Indian salt.   By the early 1970s many houses were abandoned.   My husband met a lady who grew up in Tukche at an African/Nepal film festival in Kathmandu.   In her mid-60s, her aunt lived in this house and she often visited.  She is now a doctor and her children have emigrated to New Zealand. 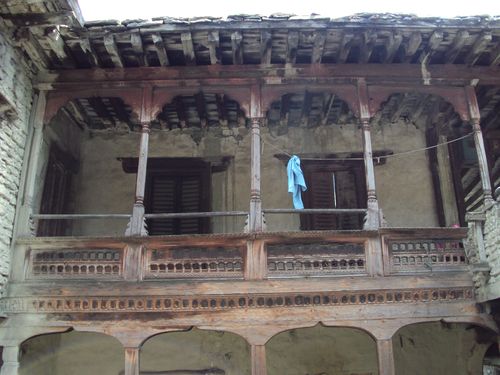 There are clues that this house is not completely abandoned however... Laundry on the lines and prayer flags adorn the inner courtyard. 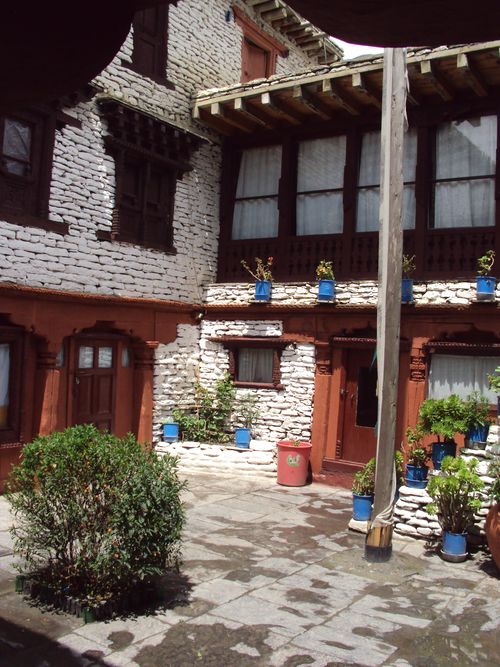 Just to compare, this is the courtyard of the lovely Tukche Distillery.   The house was 207 years old when this photo was taken.   Their brandies are delicious!   But that story is for another post. 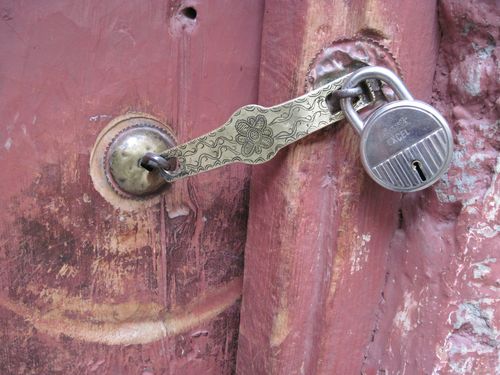 This hasp is from the town of Philing, just across the bridge from EklaiBhatti in Mustang. 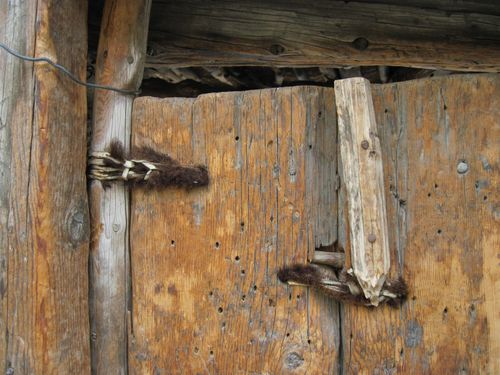 A hasp of an entirely different sort.   Also from Philing.   Yak hide hardware. 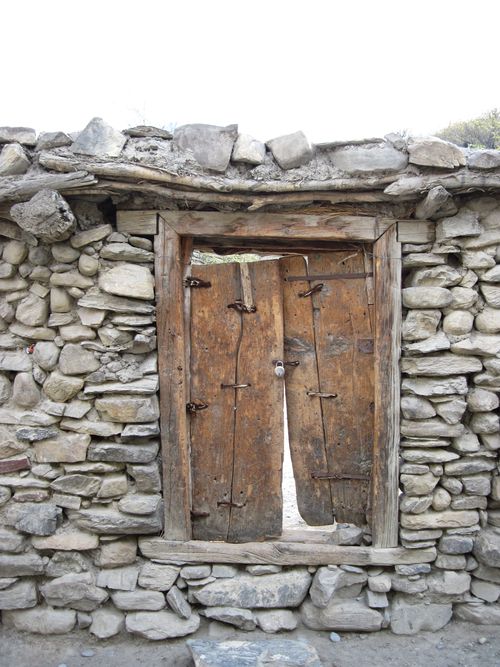 Using what is at hand is an art in Mustang.

Interesting look at the day to day items.
Thanks for posting, great pictures.
Cheers,
John D. Wilson
aka The Big Mozey

Thanks, Rainbow. Nepal is such a wonderful country with many interesting aspects.