Works in Progress from Dilip Niroj

Dilip was late in finishing these paintings - unusual for him.   When I came to see him, days later than I had expected, his head was shaved.   In Nepal, when a close family member dies, the custom is for the men in the family to shave their heads.   It turns out that Dilip's 95-year-old grandmother had passed away.   He spent 23 days in his village, in the district of Morang.   He is hard at work finishing these paintings and the new ones I have given him. 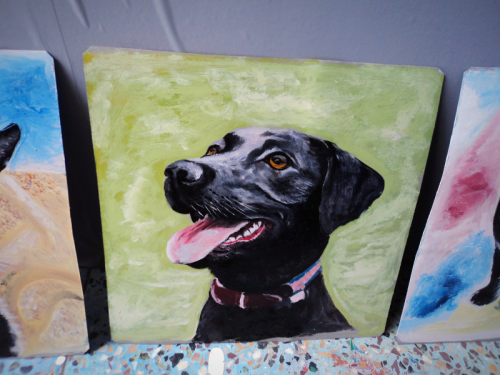 Whitney is in fine form in her portrait's early stages.  her charming smile and glowing fur are evident. 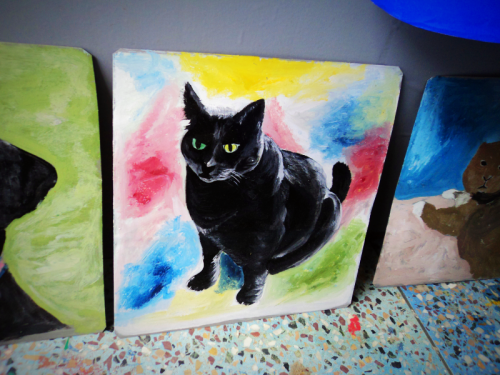 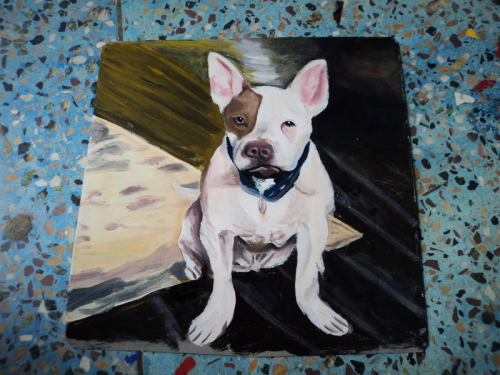 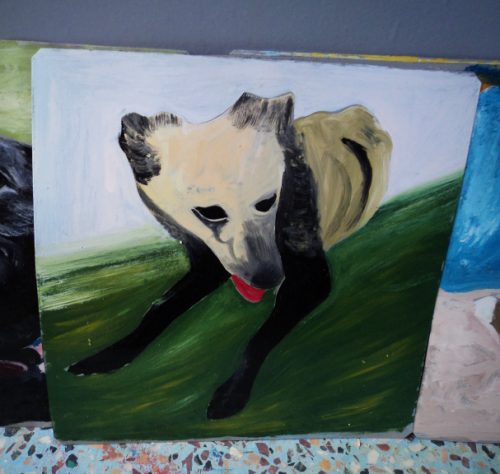 A very early start to Mog the Brindle Dog's portrait!   I can't wait to see how this turns out. 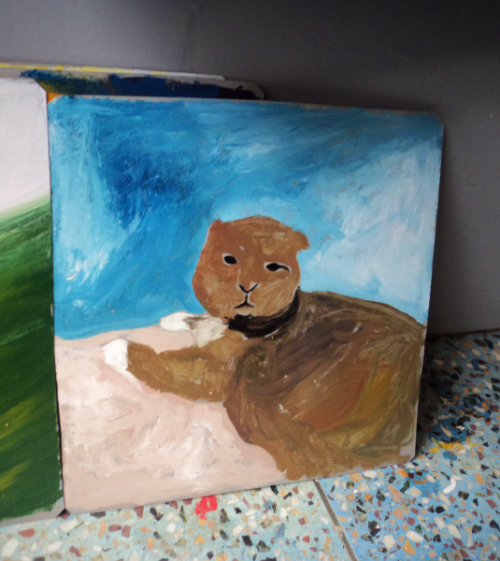 It is fun to imagine how this one will end up.   Peaches the Ornery Cat! 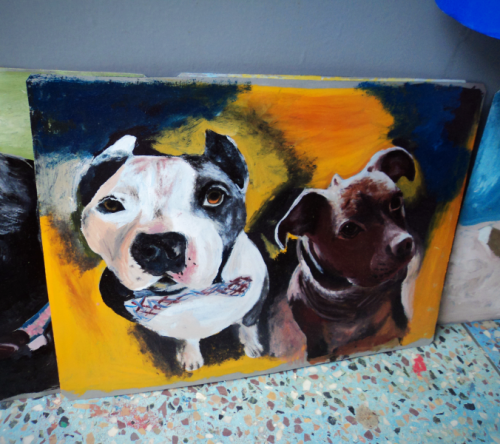 Clyde and Henry the Pit Bulls by Dilip Niroj

A little further along are Clyde and Henry.  They other 2 versions of these Danger Dogs have Henry to the right of Clyde.   This is a nice change of pace and, like the other artists, Dilip has been having fun with Clyde's plaid bow tie. 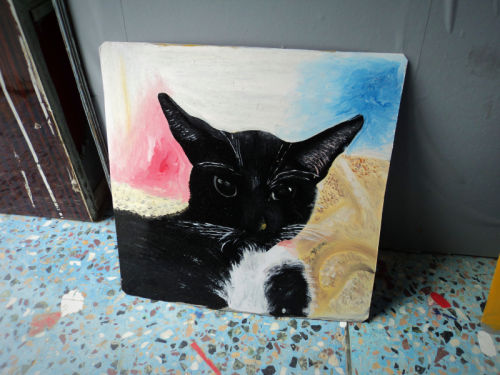 Batwoman is also in very early stages, but it looks like she will be beautiful.

How to order your custom pet portrait from NepalDog.com